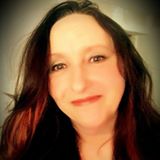 Tricia started her media career at the age of 17, in Sydney, literally running through the corridors of Channel 7 Epping working on live News. By 21 in “Adland” at Leo Burnett, a year in UK then back, but this time to Melbourne with the iconic Crawford Productions & the world of script, story and TV & Film production.

Tricia trained as a Casting Director with Maura Fay in the early 90’s, followed by in house Casting for the amazing Lynn Bayonas on her many successful children’s series.

This set the path for the next 20 years. As a working Freelancer Tricia has nurtured and mentored many Actors careers, now enjoying their claim to fame. She has spent the past 30 years in the inner sanctum of Australia’s major productions, Script room, Casting Room, Production Meetings and worked with some of Australia’s and the worlds most well known Directors, Producers and HOD”s – Art Directing a feature film in 2018 – and a move to Senior Agent in house in a large Melbourne agency in 2019, Trikat Agency may be new but it’s run by the most experienced ‘new kid on the block’…